Happy Tuesday guys! I’ve missed the last couple of Top 5 Tuesdays because work has been MANIC, so it’s So good to be back.

Top 5 Tuesday is hosted by Shanah – The Bionic Bookworm. If you want to take part, head over to her blog to find out how!

This week the topic is characters you would like to be best friends with. It wasn’t until I was thinking about this topic that I realised that A LOT of the books I have read recently have characters that I know I wouldn’t get along with… but I managed to find 5 that I would love to be friends with! So, here goes… 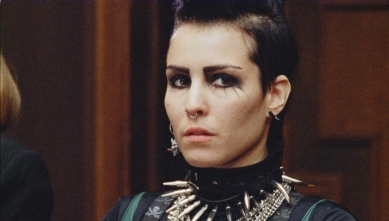 She’s an expert hacker and a general bad ass. She doesn’t conform to societies norms and it would be so funny to watch her make everyone feel awkward with her bluntness.

I don’t care what anyone says about the Dan Brown books… love them or hate them, Robert Langdon has one of the best jobs in the world. I’d love to tag along with him when he’s running across cities trying to figure out clues about some of the worlds most secretive societies.

Another bad ass. I wouldn’t last 5 minutes in the Hunger Games arena, but I think if I was friends with Katniss I’d feel like I had a very very small chance. Plus, it would be super cool to help her overthrow a totalitarian government.

This is a weird one because I’m not sure I’d love to be his best friend because he’s an insomniac so he’d be wanting to hang out at weird times and he always has to ditch plans because of his work. So, I’d love to be his work partner instead, so I could work on all of the messed up cases with him.

This is a bit of a girly one for me, but I’d LOVE to have a girly night in with wine and chocolate with Bridget!