Happy Tuesday guys! It feels like ages since I participated in Top 5 Tuesday because I’ve been on my honeymoon, so I’m really glad to be back!

This week the topic is Top 5 Summer Reads. I’m really looking forward to seeing what other people put because I love love LOVE reading in the sun and I need some recommendations!

Top 5 Tuesday is hosted by Shanah – The Bionic Bookworm. If you want to join in, head over to her blog to find out how!

A man who has given up on the world. A family who show him how to live.

Forty-something Thomas is very happy to be on his own, far away from other people and their problems. But beneath his grumpy exterior lies a story and a sadness that is familiar to us all. And he’s about to encounter a family who will change his view of the world… for good.

Wish You Were Here – Renee Carlino

Charlotte has spent her twenties adrift, floating from interest to interest, job to job, and guy to guy, searching for a spark but never quite finding it. All she knows is that she won’t discover it working as a waitress at a pies-and-fries joint in Los Angeles or living with her fun but aimless best friend in a tiny apartment in the Arts District.

Then Charlotte collides with Adam, a gorgeous and soulful painter who seems just as lost as she feels. Their instant connection turns into a midnight drink… and a whirlwind night of champagne, Chinese food, and the kind of conversation that only happens in romantic comedies. But the next morning, Adam gives Charlotte the cold shoulder, leaving her confused and hurt—and wondering if the few odd moments between them the night before were red flags in disguise.

Months later, Charlotte hasn’t been able to shake Adam, so she decides to find out what happened the morning after their magical night together. This fateful decision rewrites their wild love story, but what Charlotte doesn’t know yet is that the ending has already been written.

A Thousand Splendid Suns is a breathtaking story set against the volatile events of Afghanistan’s last thirty years—from the Soviet invasion to the reign of the Taliban to post-Taliban rebuilding—that puts the violence, fear, hope, and faith of this country in intimate, human terms. It is a tale of two generations of characters brought jarringly together by the tragic sweep of war, where personal lives—the struggle to survive, raise a family, find happiness—are inextricable from the history playing out around them.

The Five People You Meet In Heaven – Mitch Albom

Eddie is a wounded war veteran, an old man who has lived, in his mind, an uninspired life. His job is fixing rides at a seaside amusement park. On his 83rd birthday, a tragic accident kills him as he tries to save a little girl from a falling cart. He awakes in the afterlife, where he learns that heaven is not a destination. It s a place where your life is explained to you by five people, some of whom you knew, others who may have been strangers. One by one, from childhood to soldier to old age, Eddie s five people revisit their connections to him on earth, illuminating the mysteries of his meaningless life, and revealing the haunting secret behind the eternal question: Why was I here?

The Art of Being Normal – Lisa Williamson

David Piper has always been an outsider. His parents think he’s gay. The school bully thinks he’s a freak. Only his two best friends know the real truth – David wants to be a girl.

On the first day at his new school Leo Denton has one goal – to be invisible. Attracting the attention of the most beautiful girl in year eleven is definitely not part of that plan.

When Leo stands up for David in a fight, an unlikely friendship forms. But things are about to get messy. Because at Eden Park School secrets have a funny habit of not staying secret for long… 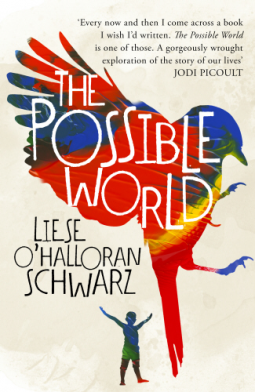 Ben is the sole survivor of a crime that claims his mother and countless others. He is just six years old, and already he must find a new place for himself in the world.

As they each struggle to confront the events – past and present – that have defined their lives, something stronger than fate is working to bring them together…

These 5 book made me feel all the emotions going. They made me angry, they made me cry and they made me laugh. They all have sad parts, but ultimately, they are all ‘feel good’ books and I cannot recommend them enough!

If I’m being honest, with the exception of ‘A Thousand Splendid Suns’, I wasn’t expecting any of them to be as good as they were!

I’d highly recommend any of them to anyone who wants a decent book to read over the summer.