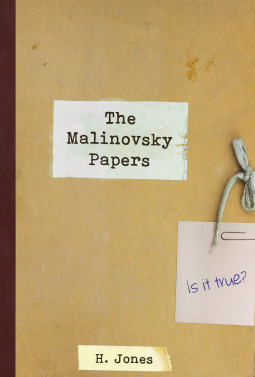 Blurb: Over a nineteen day period in June 1987, Professor Nicholas Malinovsky interviewed a dying Russian emigre in his apartment in Brighton Beach. What Malinovsky learned during those nineteen days – about the Russian Revolution, the House of Special Purpose in Ekaterinburg and, most importantly, what happened to the two youngest Romanov family members – shattered his beliefs and changed his life. What followed, after 1987, was a lifetime of denial, regret and more investigations. The book contains intriguing photographs and compelling evidence.

There is only one question…is it true?

Attention all history geeks…. I think I may have just finished the best historical fiction (is it fiction though!?) I have ever read.

I feel so overwhelmed with this book, I don’t even know where to start.

I guess I’ll start at the beginning…. I became obsessed with Anastasia as soon as the animated film came out. I was firmly of the belief that she survived the Romanov massacre and was hiding out somewhere. So, imagine the disappointment for 17 year old me, when in 2007 the Russian’s announced that they have found the bones of the two missing Romanov’s. I’m not going to lie…. I was slightly devastated.
But my obsession didn’t stop. I studied Russian history at school and then went on to University to study it further.

So, when this book popped up on Netgalley, I just had to request it. And now I’m sat here questioning whether we’ve all been duped by the Russians. Maybe Anastasia did manage to escape after all? I WANT IT TO BE TRUE SO BAD!!!!!

Anyway, this book. WOW. WOW. WOW. WOW. Firstly, I’ll give you a heads up… if you’re not a history geek, this might not be your kind of thing. I loved how unusual this book is. It honestly felt like I was back at University reading through a case file of historical documents. The structure of the book consists mainly of recorded transcripts between Professor Malinovsky and Dmitri Korshunov, an old man who is close to dying, who used to work in the Impatiev house when the Romanov family were held under house arrest.

I honestly felt like I had been taken back in time to a place of political unrest, so naturally most of the events he spoke about DID actually happen and as I had prior knowledge of this era, some aspects were predictable… but I really didn’t care. It didn’t take away my enjoyment of reading this book!

Like I said, the majority of the book consists of transcripts, but towards the end of the book, there are lots of notes about the inconsistencies of the accounts provided by key witnesses as well as inconsistencies in relation to the discovery of the bones of the Romanov family. AND NOW I DON’T KNOW WHAT TO BELIEVE!!!!

There really isn’t much more that I can say, other than this is the best historical fiction book I have ever read…. And I’ve read a lot. I’m sat here having finished the book, feeling like I did when I first watched the animated Anastasia film. Maybe she did manage to escape? I hope so, but I guess we’ll never know.

If you think that you’d like to read this book, I’d say now is a perfect time to do it. It’s coming up to the 100th anniversary of the Romanov killings so it’ll be interesting to see what is said in the press about it…

Thank you to Write Publications Ltd for providing me with a copy of this book in exchange for an honest review.

If you want to get yourself a copy, please click here.