Hey guys! I feel that the last week has flown by! And now it’s Tuesday again, which means it’s time for Top 5 Tuesday, which is hosted by Shanah over at The Bionic Bookworm.

This week the topic is Top 5 Intimidating Books! I’ll admit that writing this post made me feel like a bad book worm for giving up/not even trying with some of these books, so hopefully reading some of your posts will make me feel like we’re all in it together haha! 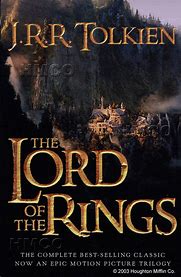 The Lord Of The Rings – J. R. Tolkien

I feel like such a bad book worm for admitting that I haven’t read these books. In my defence… I did try to read them when I was younger. But I just couldn’t get into it and the sheer size kind of put me off. I haven’t seen any of the films either… I guess it’s just not my thing! 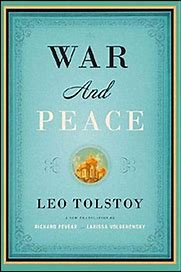 I love the story of War & Peace. I’ve watched the films and TV adaptations, but I’ve never even attempted to read the book. Again, the size puts me off. I’d love to say I’ll get around to reading it at some point, but I don’t know if I ever will. 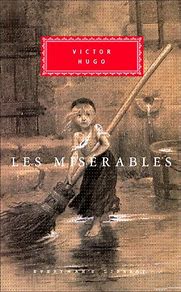 Les Miserables is my favourite musical ever. I’ve seen it on the West End at least 7 times and I’ve watched the film versions more than I want to admit. After I seen it on the West End for the first time, I ordered the book from Amazon. I tried to read it, but I just couldn’t get in to the language and the size of the thing was huge. I wanted to love the book so much, but it didn’t work out unfortunately.

I actually really enjoyed this book, but my god did it take me bloody ages to finish it! At some points I was doubting whether it was even worth slogging through, but I’m glad I did because it’s a really lovely yet heart-breaking story. 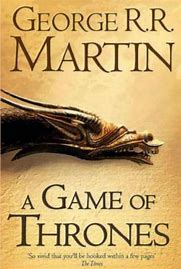 Being the book worm that I am, as soon as people started to build up the hype of Games of Thrones Season 1, I thought I’d start reading the books before I watched the show. That turned out to be massive mistake. I couldn’t keep up with the characters at all. It would switch from the Lannister’s, to the Stark’s, to the Targaryen’s and so on. One minute I was in Winterfell, the next I was in Kings Landing. It was just so confusing.

I absolutely love the TV show, so I’ll find the books much easier now so maybe one day I’ll get round to reading them.