I think I’ve been fairly bad at posting book reviews lately. There are two reasons for this:

The End of Loneliness – Benedict Wells 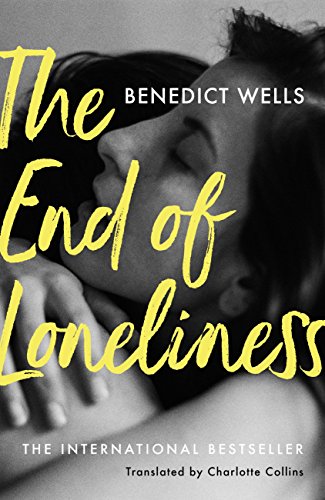 Blurb: ‘When their idyllic childhood is shattered by the sudden death of their parents, siblings Marty, Liz and Jules are sent to a bleak state boarding school. Once there, the orphans’ lives change tracks: Marty throws himself into academic life; Liz is drawn to dark forms of escapism; and Jules transforms from a vivacious child to a withdrawn teenager.

The only one who can bring him out of his shell is his mysterious classmate Alva, who hides a dark past of her own, but despite their obvious love for one another, the two leave school on separate paths.

Years later, just as it seems that they can make amends for time wasted, the past catches up with them, and fate – or chance – will once again alter the course of a life.’

I’ll be honest, in my opinion the blurb for the book makes it sound a lot better than it actually was. It’s not that it’s a book that’s full of bad writing or a bad plot….. it’s just one of those books where I felt like I was constantly waiting for something exciting to happen. There are some pivotal moments in the book, but they didn’t have the build up or follow up that I though they deserved.

It tells the story of Jules, who loses his parents when he’s young and gets put into a boarding school along with his older siblings. While at school he meets Alva and develops feelings for her, although he doesn’t act of this until much later in life.

I think my main problem is that I didn’t like Jules. He committed an act that would make most normal people feel somewhat guilty, but he didn’t seem to care at all. He thought about his actions maybe once after he had done it, whereas if it was me I’d think about it every day for the rest of my life. I just didn’t get him. Most of the time I felt that he was feeling sorry for himself and just ‘settled’ for his life rather that summoning up some ambition, whereas at other points in the story he would make really rash decisions to get his own way. He was just a huge contradiction and it was only when it was too late he realised just how much time he had waster.

What I will say is that Benedict Wells writes in such a beautiful way that at some points I read some paragraphs twice because I wasn’t paying attention to what the characters were saying because I was too wrapped up in the descriptions of the surroundings and context.

I received a free copy of ‘The End of Loneliness’ from the publisher, Hodder & Stoughton in exchange for an honest review.