Blurb: In the summer of 2006, Emma Price watched helplessly as her six year old son’s red coat was fished out of the River Ouse. It was the tragic story of the year – a little boy, Aiden, 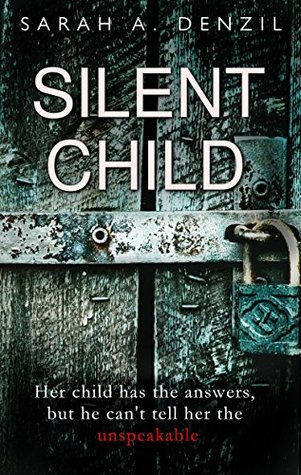 wandered away from school during a terrible flood, fell into the river, and drowned.

His body was never recovered.

Too traumatized to speak, he raises endless questions and answers none. Only his body tells the story of his decade-long disappearance. The historic broken bones and injuries cast a mere glimpse into the horrors Aiden has experienced. Aiden never drowned. Aiden was taken.

As Emma attempts to reconnect with her now teenage son, she must unmask the monster who took him away from her. But who, in their tiny village, could be capable of such a crime?

It’s Aiden who has the answers, but he cannot tell the unspeakable.

The plot for this book sounds amazing, so I was expecting a lot of it. And it pains me to say it, but I was a bit disappointed.

The story is told from Emma’s point of view. I’ll be honest, I didn’t really like her. She seems so self-absorbed and didn’t seem to care for her unborn child. At times I felt so sorry for her, because I don’t want to even think about how it would feel to be in her shoes, but her egotistical nature put me off her. So that was my first gripe.

My second problem is that I figured it all out early on. I have to feel for mystery/thriller writers because the reader always wants to be one step ahead of them. So, it’s important to have a variety of characters and a couple of ‘red herrings’ thrown in there to keep the reader on their toes. This didn’t happen.

One character is so obviously weird, that you just know they’re going to have something to do with it. It seemed so obvious that I just assumed it was a trick to make the reader think they are on the right track. But it wasn’t.

It seemed that a lot of the ‘Who? What? Why?’ questions were revealed fairly early on in the plot, which made it a bit of a tiresome read.

It was fairly disappointing. This book has been on my TBR list for ages and I was looking forward to reading it. It had the potential to be a fantastic book, but for me, the lack of suspense in the plot was its downfall.